A Word About ICAS

The Most Prominent All India Institution Promoting Astrology and Allied Sciences

Indian Council of Astrological Sciences (ICAS) is a premier institution of Vedic Astrology. Started in 1984, by Dr. B. V. Raman. ICAS is continuously striving to promote he cause of Jyotirvidya and allied disciplines.

Dr B V Raman is considered as the 20th century Varahamihira. He took it as his mission to get jyotisha its deserving place in the modern intellectual world. He translated many classics and wrote many books in English so that the educated people in India and abroad could learn jyotisha. His predictions were regularly published and earned him a place of great respect amongst the astrological community of his time. Through his writings he was able to collect a band of people around him who held positions of high status in society to give a strong foundation to ICAS.

At present, Prof. A. B. Shukla, IAS (Retd.) is its Hon. National President.

ICAS conducts regular classes through more than 55 Chapters/Centres spread all over India. It has taught thousands of students since its inception. Officers of Indian civil services, judges, professors, scientists, medical doctors, engineers, chartered accountants and people from different professions have studied at ICAS and many of them are tirelessly working as jyotisha teachers. Its courses range from 6 months to 2 years.

ICAS is also a research promoting organisation. Some of the best research work has been conducted by ICAS. The President himself has been acknowledged for his path-breaking research in the fields of retrograde planets, special nakshatras, astrological meanings hidden in Geeta, Vedas, Upanishads and other scriptures.

Justice S N Kapoor (Retd.), our Former President, has done seminal work on the use of Vargas. Following the footsteps of Dr. Raman, Justice Kapoor motivated and guided many students to take up research. He has spearheaded Jyotisha Bhushan, the research programme of ICAS.

The professionally qualified faculty of ICAS strives to take Jyotisha and the allied subjects away from superstition and put it on a scientific pedestal. One of its objectives is to bring competent Astrological savants, Astrologers, Palmists and Vastu experts into its fold.

ICAS is working towards being the apex body of astrological associations, institutions, organisations and similar bodies so as to represent the cause of Jyotisha and allied subjects on the world stage. To this end many of its faculty members, including the President, have been visiting International fora as guest faculty. 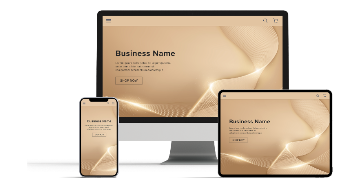 Redirecting to Web Console in 3 secs